Nikki is originally from the Chicago area and moved to the Central Valley as a kid, then to Visalia for Junior High.  She graduated from Golden West and became interested in the medical field her senior year after taking anatomy and physiology.

It’s to no surprise since her father was a paramedic for Chicago Fire Dept. and her mother an ER nurse. She followed suit and became an EMT-I and worked for American Ambulance for a short time before becoming an ER tech, then a LVN, RN and now FNP-C. Her whole career has been in emergency medicine except for some short dabbling in PACU, ICU, CVC and pediatric hospice. She is excited about family practice and her role as a nurse practitioner.

She is a board certified emergency nurse (CEN) PHN, and assisted teaching TNCC a trauma curriculum, PALS and ACLS.

She is married to Marco and has two children, Luke 9 and Ella 4 months, and has a dog named Brendle. She lives in Visalia and loves her time with family and friends. She enjoys the outdoors, boating, BBQ’s, traveling and assisting her husband with his photography. She is an avid gardener and quilter.

When she can find down time she volunteers with an organization called CARE Pregnancy Resource Center and maintains an online Lupus support group. 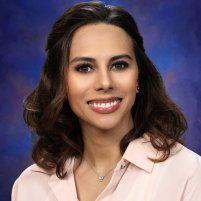